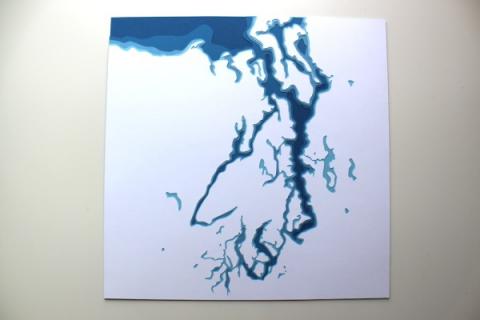 I've recently extolled the beauty and magic of the San Juan Islands here for you. Just south from there is the magnificent Puget Sound -- once a deceptive maze for explorers to find a way inland from the Pacific Ocean, and now a spectacular jumble of bays, fjords, and valleys. The Puget Sound design is now available in the shop in two sizes (8 x 10" and 12 x 12"), and you can click the photos below to take you to their respective listing. The design includes the Seattle and Lake Washington area on the east, to the Port Angeles area on the west on the Olympic Peninsula. And it stretches from the Strait of Juan de Fuca on the north to the state capital, Olympia in the south. In between, it catches most of the major islands in the sound, and the other port cities that call the area their home. 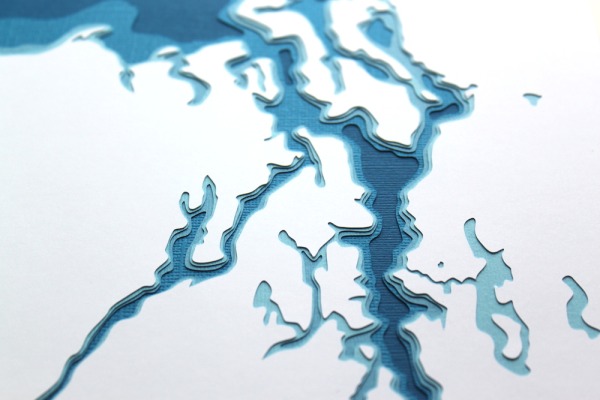 Detail of the 8 x 10" Puget Sound in Royal blue